Cellulite is a regional alteration of the cutaneous and subcutaneous tissue resulting from an accumulation of macromolecules and fluids that cause a local ‘distortion’ of the tissues affecting the aesthetic and psychological harmony. 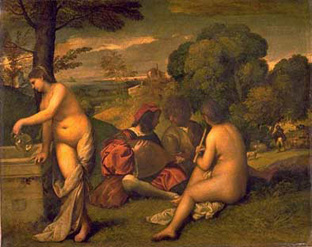 In recent years, cellulite has become one of the greatest challenges of medicine. The concept of beauty is dynamic, dictated by the cultural and social trends of each era. Thus, in the past, cellulite was considered something desirable, but changes in culture made it something unattractive. Thus, nowadays, women search for a solution for this condition.

Another peculiarity is that cellulite has been described from the beginnings of civilization, an epoch when soft drinks, chocolate and the other modern-day temptations did not exist. Knowing this creates doubts about the effect of these foods, considered by many as the great villains that cause cellulite.

An important aspect is that cellulite does not affect men but affects up to 90% of women. Doubts exist as to its causes and even as to whether it constitutes a characteristic of the normal evolution of the aging female body. Its presence in young people and the detected genetic alterations suggest that it constitutes a disease with a defined pathophysiology.

Over the last few years, Godoy & Godoy developed a hypothesis that explains the pathophysiology of cellulite and they clinically confirmed the result of this pathophysiological process. Several studies have been published that show that a significant reduction of this condition is achieved with the use of the Godoy & Godoy Method. However, it is important to remember that cellulite is multifactorial where the different factors involved must be identified for a more targeted approach.

Regarding treatment, medicine recommends that all therapies should take into account the pathophysiology of the disease in order to revert the physiological alterations in the organism. In this way, cellulite treatments were difficult to define because the pathophysiology was not understood so the basis of treatment could not be defined. This hypothesis of the pathophysiology has allowed a more effective care program to control this disease to be designed.